Skip to primary content
4/29/21 – This is Blue and Max. They were two of three dogs surrendered to Streethearts Animal Rescue who predominantly rescue in Flint which is notorious for dog fighting and dumped dogs when they are no longer of use. The third dog Macie was in such bad physical shape, she had to be euthanized and the conditions were reported to the local authorities. With Max and Blue, they were also very emaciated and bloated with worms. Neighbors said that the dogs had been crated 24/7. The dogs were taken into a ‘walk-in’ 24–hour veterinary. Tests were conducted and the doctor said the dogs would be kept until results were in but shortly thereafter, the rescue was called to pick up Max and Blue. It was a nightmare for the rescue who kept the dogs in quarantine but couldn’t find a vet to provide advice or care. Finally, almost a month later, a sample was sent to Michigan State University who verified that the dogs did NOT have distemper.
4 Paws 1 Heart paid for Max’s neuter, vaccines, and standard medical testing. Unfortunately, Blue was found to be positive for heart worm so once we were all assured that Blue did not have distemper, he was scheduled for his heart worm treatments and that was done April 23. We covered that for Blue along with his standard medical needs. The condition of both dogs were also reported to the local authorities but, unfortunately, there has been no follow-up with the rescue.
I wish I could say these cases were unusual but they are not. Because of the generosity of so many supporters over the past 10 years we have been able to help these abused orphans when needed. Since August, 2010 we have paid $1,071,222 in medical treatment; very honestly, I continue to be amazed and humbled. So, again, thank you so very much for your donations. And, if you are able to make a donation, you can be assured that every penny of that donation goes to the treatment of the abandoned and abused. – diana
4paws1heart.org/donations/
“if you pick up a starving dog and make him prosperous, he will not bite you. This is the principal difference between a dog and man.” – Mark Twain 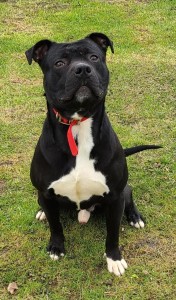 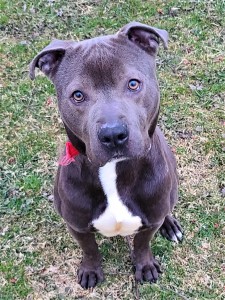