These kittens were 5 of 13 cats in a mobile home. 4P1H has paid to neuter and spay 7 of them and Tigerlily Cat Rescue has taken them into their organization. 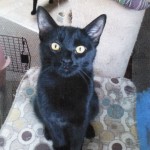 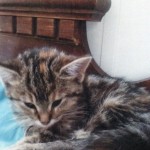 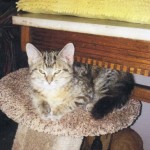 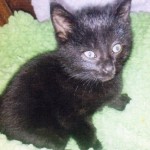 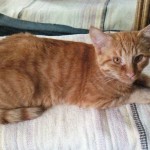 UPDATE:On February 3, 2013, Tigerlily Cat Rescue informed me that all 7 kittens have contracted the Panleukopenia Virus which is highly contagious and deadly. It is very often called “feline distemper”. It is within the same family of viruses as parvovirus in dogs and operates similarly — diarrhea, vomiting, fever, dehydration, lack of appetite, etc. It is not often seen because it is the “P” in the “RCP” vaccines that cats get. Like parvo, there is no “cure” and its a matter of supportive care with IV fluids, antibiotics, etc. and hoping that their little bodies can fight it off. Three of the cats were immediately hospitalized and are in serious condition; the other four are being treated at home. Please say your prayers for these babies; they have been through so much already. 4 Paws 1 Heart will be sending some medical dollars for their care but the hospital bill will be pretty substantial. ~ diana