4/16/17 – Happy Easter to all of our Christian friends and Happy Passover to all of our Jewish friends. I am so thrilled to announce, that because of the phenomenal support of our friends, 4 Paws 1 Heart was selected to win $1,000 during the Home Shopping Network (HSN) Cares charity challenge. For one day in May, 4 Paws 1 Heart will be recognized by the HSN network. I will let everyone know what day is selected for us but in the meantime, here is just a few of the many happy stories you have helped us create. ~ diana

Katniss Everdeen was found on a curb in Detroit during a rainstorm, stuffed in a small carrier. She was emaciated and her spine was curved and that night she required emergency surgery where it was found that she had over one pound of material clogging her intestines. Today, as you can see, she is absolutely beautiful and in a loving home.

Snickers was found at about 5 weeks old in an icy puddle in an alley in Hamtramck, MI A 9-year old boy heard her weak meows. With the help of a ‘village’ of caring people, she found her way to 4 Paws 1 Heart. Snickers almost lost her eyes as a result of a severe upper respiratory infection but because of 4 Paws 1 Heart and a wonderful eye specialist, she retained her eyesight and lives with a loving fur and skin family.

Hercules was brought to us after he was found on the lawn of his owner’s home almost unable to move. He was emaciated and it was later found that both back legs were irreparably broken by his owner when he was just one month old. Nothing was ever done and surgery wasn’t an option. Hercules had many sessions of hydrotherapy and later found his way to a great doctor and friend who does various forms of therapy, including acupuncture. Hercules was eventually adopted by his doctor and her husband and has truly become the poster boy for abused animals.

Chance was rescued from a high-kill shelter; he was scheduled to be euthanized when it was found that both of his back legs were paralyzed. A friend contacted us about his plight and we agreed to take him under our wing. After three veterinarians suggested euthanizing Chance because no one could determine why he was paralyzed, we took him to Hercules’ mom, Dr. Tari Kern. And, today, he even has his own facebook page, “A Second Chance For Chance”. 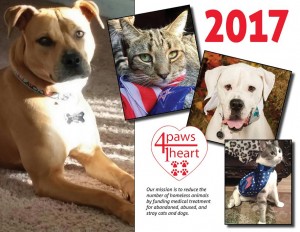 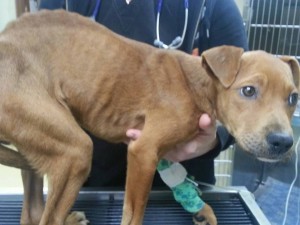 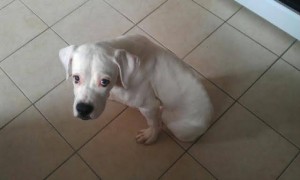 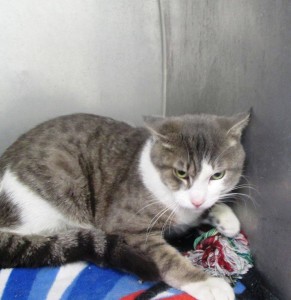