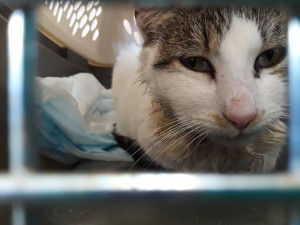 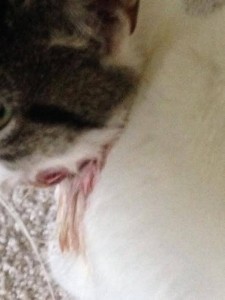 10/18/17 – Ana was found with a severe puncture wound on the side of her neck. We were contacted and she was immediately taken to the veterinary hospital. The doctor said that he had never seen an infection so severe. After a few days in the hospital, she was released and is now living inside the home of the rescuer. Without the rescuer and our medical help, she would have died a horrible death in the wild. ~ diana