10/15/18 – I absolutely DO NOT understand the cruelty of some humans. BUT I thank God that there are more kind people than those who abuse. I received the following e mail last week and Honey was seen by one of our favorite vets. X-Rays were taken and it was determined that both of Honey’s ankles had been broken and had now ‘healed’ over. The doctor estimated Honey to be about 7-8 years old and gave us two options — have an orthopedic doctor see him or let “nature take its course”. In the end, the doctor believed the results would be the same. So it was decided to do nothing for the broken ankles. No other breaks could be seen. Honey was treated for an infection and we will make sure that if he needs anything else we will be there. Honey will finally be given lots of love and care.

“I rescued an older male cat a couple months ago. I ended up finding his owner which was my neighbor, and the owner had told me he didn’t want the cat and that’s why he was outside. His name is Honey. When I tried to pick up Honey, I noticed bones poking out. And when I met the neighbor I asked about the bones and the neighbor let me know that Honey was hit by a car. I have no idea how long ago this was (I asked and the neighbor didn’t tell me.) all I know is the vets told the neighbor to put the cat down and obviously he did not.
I have Honey updated on all of his shots and he’s totally clean of diseases! The only problem is he seems sick lately. I don’t have the money to get him the proper medical attention he needs. I wouldn’t mind keeping him, but he’s obviously extremely ill and I can’t help him. – Brianne” . ~ diana 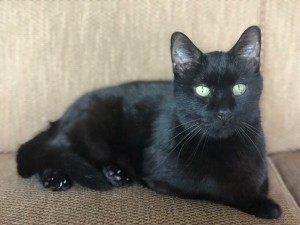 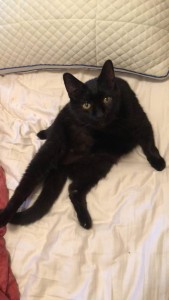 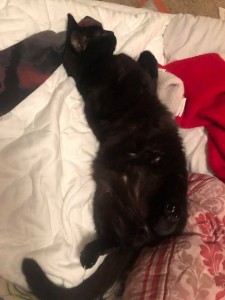