7/19/19- RIP Thor. Last week Thor was brought to emergency with what turned out to be a urinary tract blockage. Thor had surgery but the doctors thought that there might have been other neurological issues. It was unknown how long Thor had been suffering with this issue in that he was rescued when he was walking out from under a tree. Thor appeared to be doing well when he got back to his rescuer’s home but last night we were informed that he passed away. All of our hearts are breaking. Not only for Thor, but for every animal on the streets who we will never know about, who will die alone. We thank Thor’s rescuer, Connie, for all that she did to give Thor love. ~ diana
#Thor 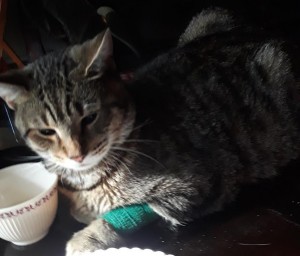