Crixus is a community cat who has become close to his caretaker and one who we’ve helped in the past with medical needs. Recently, as he was cuddling up outside with his caretaker, she realized that his paw was very swollen and he was obviously favoring it. She at first tried some homeopathic remedies as suggested by Gina and although the swelling went down, he still seemed to have pain. Crixus was taken to a vet we work with who had to anesthetize him to examine the paw. The vet determined that he had an infection and gave him an injection. While he was under, she also drew blood to be used for a FIV/Felv test. Unfortunately, the vet he was at charged 3 times as much for such a test but they were kind enough to give the rescuer the blood to be taken to a less costly hospital for testing. Crixus is eating well and the rescuer is trying to keep him in at night because, although we did pay for neutering, he is still getting in fights. The need never ends! – diana
4paws1heart.com/donations/ 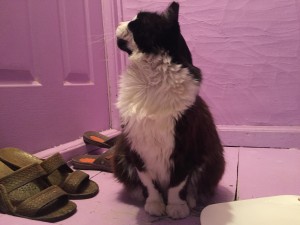 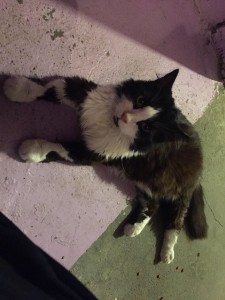 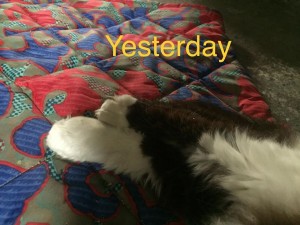