Skip to primary content
10/6/20 – Prayers for Fox who was brought to the vet this morning for surgery on a torn tendon. He was fortunate enough to show up in the yard of a very kind person. Fox’s eye was in pretty bad shape, along with the rest of his body, and he was limping badly. His rescuer brought him to an emergency hospital where they did an exam and gave him antibiotics. He was later taken to a vet because he was still limping. That vet determined that Fox had a torn tendon which needed surgery. The rescuer raised some money and found a foster; the rescuer then contacted us for additional help. We were thankful to play a role in Fox’s future by adding to the money needed for today’s surgery. We couldn’t keep making a difference without our supporters and the amazing rescuers. THANK YOU – diana
4paws1heart.org/donations/ 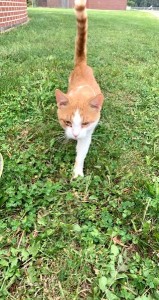 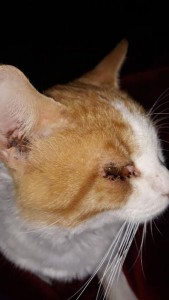