9/28/20 – The rescuer was contacted by a homeowner who had been caring for a group of cats on her property. A cat appeared to have been hit by a car and it was reported that the leg was “dangling”. Holly contacted us and she and her son picked up the cat, Garfield, and brought him to our vet. It turned out that the leg had become infected as a result of what appeared to be bites. Garfield spent a couple of days in the hospital and today he is ready for his furever home. He has been vaccinated and neutered. He also tested negative for FIV and FeLV. As you can see, he is very handsome. If you are interested in adopting Garfield, contact Holly at: hollygilmour@charter.net – diana 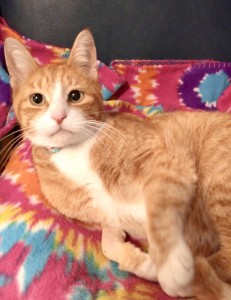 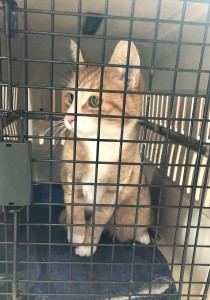