Skip to primary content
12/14/20 – There are those easy cases, and then there are those that break your heart. Last week I received a request from a person who does everything he can to rescue and home stray animals who are abandoned near his home. We have helped on several occasions and, this time, is was for Ripley and Luna. They both showed up amongst the many cats Jim cares for. Ripley, a 6-month old, had very runny eyes and it appeared he had an upper respiratory infection. Little Luna, a two-month old, was very lethargic and seemed to have difficulty breathing and was struggling. Both were taken to Dr. Zalac at Orion Animal Hospital. Ripley was treated for the infection but Luna was found to have a hole in her diaphragm. Weighing in at 1.5 lbs. and in very poor physical health, surgery was a very high risk. After discussion between the doctor, Jim, and I, it was decided to let little Luna cross the Rainbow Bridge and relieve her of her suffering.
RIP – Luna. May you be enjoying the kitten life with all of the other kitties. – diana
4paws1heart.org/donations/ 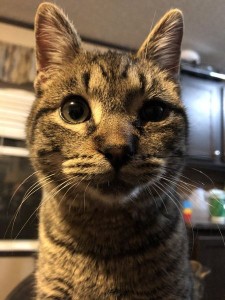 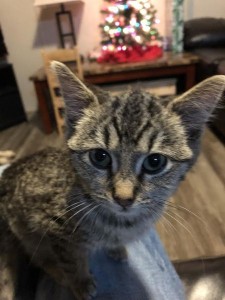