Skip to primary content
3/3/21 – Barney had been roaming a trailer park for about a year and one half. He looked to be in good health when a lady, who does TNR in the park, first saw him. Every time she went in to perform TNR, (trap/neuter/return) though, Barney was ‘missing in action’. Finally, one day he showed up when she was there and the poor guy was in very bad shape. His breathing was heavy, and he had what appeared to be an infection where fur was missing on his paw. We were able to get him into one of our partner doctors who examined him and did blood work. The following day, the doctor called and said that Barney tested positive for FIP (which I have explained in other posts). The doctor advised to keep an eye on him and keep him away from other cats. Well, now we all went into panic mode to decide what to do for poor Barney; knowing FIP works fast and is deadly. We made calls with some of our experts and were ready to jump into action The rescuer, Danica, called the veterinary hospital again to get further information and the x rays. She spoke with another doctor who said that Barney had tested positive for the coronavirus which COULD turn into FIP. He reviewed the x rays and saw that there was no fluid in Barney’s lungs, so FIP was not a concern until after his antibiotics were finished.
Update: Yesterday, Danica reported that Barney was still making a little noise when breathing but he is much better than when she brought him into the hospital. He is moving around in his room; before he would just sit in one spot unless he was eating. He still has a little diarrhea but that could be from his medications. He will be going back to the doctor for a follow up.
I did address the corona virus issue and FIP in a prior posting. And, I want to make it clear that I have NO medical background. I’ve just been getting requests for assistance and arranging payments to vets, and raising money for the past 10 years. My background is purely business. But, I will say that this is the second cat at this vet where corona virus was diagnosed and potential FIP. At another hospital we work with, one cat has already died from FIP and a sibling came down with it yesterday and we are helping with treatment. At another vet, Mileena, tested positive for FIP but it turned out to be a different virus, and as I posted earlier, she is doing great and has just been scheduled for more blood work to check her liver numbers. So, I’m not sure what is happening and any medical people or rescues who have similar experiences or can add to this discussion, would be welcome you. – diana
4paws1heart.org/donations/ 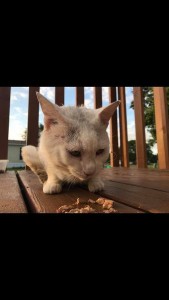 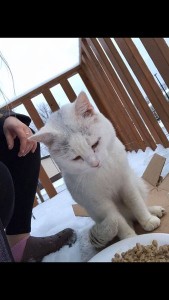 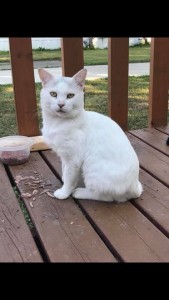