Skip to primary content
4/14/21 – RIP Sweet Charlie – It was April, 2011 when Charlie first came into our lives at only 8 months old. He was found on a porch in a nearby City, obviously used as a bait dog and then discarded when he was no longer of use. He had severe infections all over his body and joints, bed sores, internal bleeding, and bronchitis. He was brought into the emergency where Gina worked at the time and after 4 1/2 hours of surgery and getting a transfusion from Gina’s, Angel, Charlie recovered and he was taken in by a rescue who offered to take him in. Charlie was adopted out and we all thought his life would change for the better but unfortunately, although he may have been loved for a short while, the adopted home turned out to be not the best. As described in the Mutts of Motown post I’ve shared, Charlie couldn’t catch a break. But I had no idea all of what went on until I read a post from the rescue advising that Charlie was to be euthanized at the shelter. I immediately contacted the rescue as I felt they were obligated to save Charlie but the rescue refused and that was the last time we ever had anything to do with that rescue. Then began the days of calling on everyone I knew (and that wasn’t much in those early days) in my attempt to save Charlie. Finally, it was Laura of Mutts of Motown who stepped up and together with her, the shelter Chief, and a few other friends who got Charlie out of death row and the horrible, frightening environment he had been experiencing. We can’t thank Laura enough for giving Charlie the love and respect he so much deserved. – diana
4paws1heart.org/donations
“Dogs leave pawprints on our hearts” – Unknown 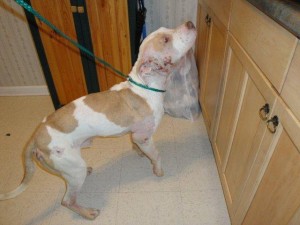 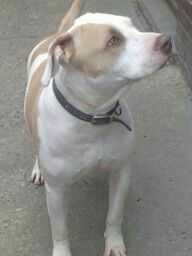