These are the miracles that happen because of our caring supporters — Here is the story of two more babies found on the street. Their mother was killed and her four babies were left alone without anyone to care or feed them. Our friend, Karen C. brought them into her home, bottle fed them, and took them to the vet several times because they were all sick and with upper respiratory infections. We were glad we could be there for them. But, heartbreakingly, two of the boys had to eventually be euthanized for failure to thrive and a brain tumor. Thankfully, Dori and Danny did thrive under Karen’s care and they are doing very well and will soon be ready for adoption. 4 Paws 1 Heart is thankful that we have been able to help Karen with all of these sweet babies and that they were not left to die on the street. Dori and Danny will be getting spayed, neutered and tested next week. Anyone interested in these beauties, should contact Karen at:kcarta19@gmail.com. 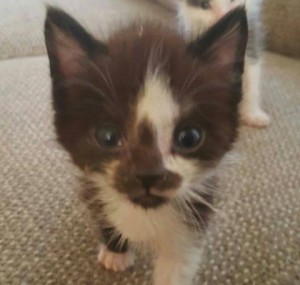 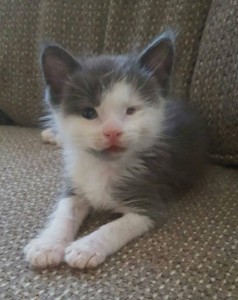