8/11/20 – Bentley was living in a car with a homeless person. That person apparently dropped him off at another home and during that time he was attacked by another dog and suffered a severe gash very close to his eye. The rescuer had been trying to get Bentley from this person for a month because of suspected abuse and was finally able to get the person to surrender him. Bentley was taken to our partner emergency hospital where the wound was treated with antibiotics. He also received his vaccinations. Bentley is currently in a safe home. – diana
4paws1heart.org/donations/ 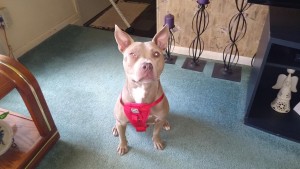