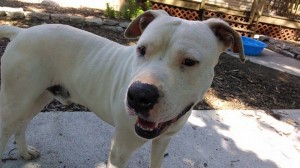 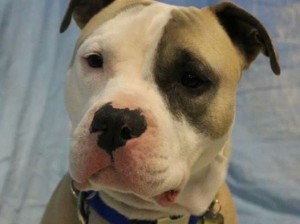 Truth was to be sold on Craig’s List. His owner felt he was a ‘bad dog’ because he liked to jump fences so she kept him chained outside or in a crate. A volunteer with the Better Life Center heard of Truth’s story and rescued him from the owner who didn’t care. She spent her own money to neuter, vaccinate, and microchip Truth; BLCC donated training; all while trying to find him that loving home. A loving family has been found but Truth is in need of surgery. The rescuer is now seeking help with Truth’s surgery. 4 Paws 1 Heart was happy to help. ~ Diana

look at Truth’s face he wants love and wants to be loved…can you help others like him
please donate through our easy links, or mail! we love mail…as long as they are fixed 🙂 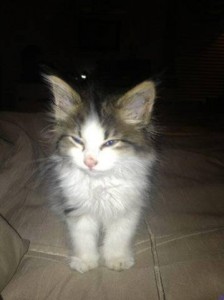 HAPPY NEWS – This little one who was being dumped is moments away from a forever home. Thank you to all who shared his plight. ~ diana