7/8/19 – Today is the second anniversary of my mom’s passing. When she died, a little over $7,000 was raised for 4p1h in her memory. Today, my cousin, my friend, and former Board member, Darlene, is committing to match up to $1,000 in donations made between July 8, 2019 and July 15, 2019.
Donations can be made through paypal at: 4paws1heart.org/donations/
or by mail at: P.O. Box 84, St. Clair Shores, 48082
In my mom’s memory, who loved all animals, especially cats, I introduce you to Groucho, cat who was being cared for in a cat community. He showed up one day with bloody discharge from the nose and we were contacted to see if we could help. Groucho was lethargic, not eating, and having difficulty breathing. After visits to different veterinarians, it was determined that Groucho’s breathing problems may be attributed to dental issues. We then scheduled him for surgery. During surgery, the doctor found the dental issue to be much worse than thought and all but five teeth were removed; he was also treated for an ear yeast infection. His recovery was a little tough but finally after going home, his breathing was much better. Two weeks later, he went for his recheck and Dr. Zalac of Orion Animal Hospital, gave Groucho a clean bill of health. I just heard from his rescuer and Groucho is now doing great. – Diana 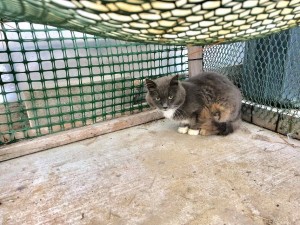 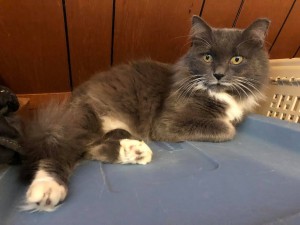