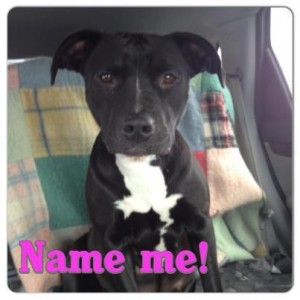 So, last night I was lucky enough to be home when Michelle from A Rejoyceful Animal Rescue called wondering if I knew of any rescues who could help out with a pregnant dog she had just seen at the Macomb Animal Control Shelter. A Rejoyceful Animal Rescue had just rescued Holly from the shelter and didn’t have any room. I made a few contacts, and our very good friends at Heroes for Homeless Animals agreed to meet Michelle in the morning at the shelter. Well, here is momma. She is safe in the ‘arms’ of Heroes and it looks like she may be having 8 puppies. 4 Paws 1 Heart will help with medical dollars. Another example of lives saved by groups working together. ~ diana 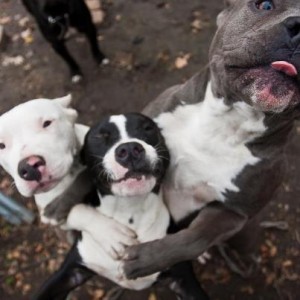 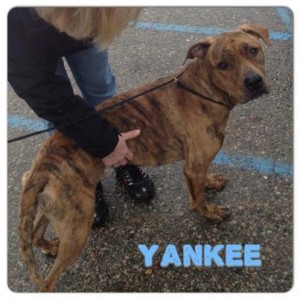 While Portia from Heroes for Homeless Animals was at the shelter rescuing ‘pregnant’ mama, she saw this very emaciated, neutered, 1-2 yr. old male needing immediate rescue — which she did. Yankee has kennel cough and whipworm; he is very sweet, loves to fetch and knows some commands. Again, 4P1H will help with medical dollars and once again, we thank our rescue friends for making such a difference in the lives of these abused and abandoned dogs. ~ diana 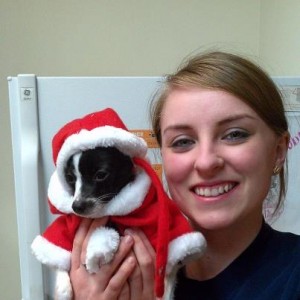 RUBY UPDATE: Ruby and Ashley…. Ruby is almost fully recovered. Three months ago she broke both of her front legs falling down a flight of stairs. We have been splinting her legs every week since. Now Ruby has her bandages off and we are going to schedule the pins to be removed. If all goes well Ruby has a very potential home lined up:) Keep paws crossed Ruby will make a full recovery!! ~ Gina 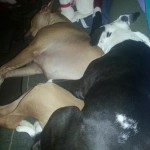 Just to save everyone time, here was our original posting about Treasure. She was moved around a couple of times but eventually found her place of love with Christine Hyde Tidwell. Here is her story and her original photo from one the owners brought her in to be euthanized. ~ diana 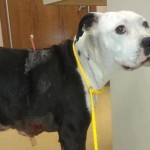 Treasure – THIS POOR FEMALE  WAS BROUGHT IN TO THE CLINIC TO BE EUTHANIZED BECAUSE SHE WAS OF NO FURTHER GOOD TO HER INHUMAN OWNERS.

SHE has been abused, forced to breed numerous times and was saddled with infections. Treasure is hospitalized for badly infected bite wounds. She has a drain tube from her spine to underneath her chest. I don’t think Treasure ever experienced a bath or unconditional love in her life based on the odor and filth she was presented with. I think she was mainly used for popping out puppies! We got her owner to surrender her to us as opposed to euthanizing. ~ Gina

4 Paws 1 Heart wishes that all of our friends, supporters, and fellow animal advocates have a year filled with much love, laughter, good health, and success. May 2013 bring much needed legislation regarding companion animal rights, an awareness to prosecutors and judges that animal cruelty is serious and dangerous to a community, and many more loving families who are willing to foster and support the abandoned, stray, and abused. May God Bless and watch over all of our fur babies and give them all the opportunity to be safe and warm. ~ The Board Members of 4 Paws 1 Heart