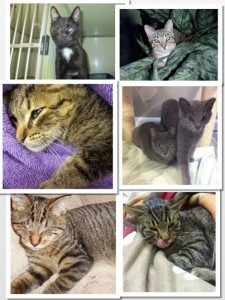 Dear Editor and RESIDENTS OF STERLING HEIGHTS, WARREN, ROSEVILLE, AND EASTPOINTE. Your cities have signed a joint contract with the ANIMAL CARE HOSPITAL OF STERLING HEIGHTS, 34244 Van Dyke, Sterling Heights, to KILL ALL STRAY CATS brought into their hospital by the animal control officers of these cities.

In June of 2013, the new Chief Animal Control Officer of Macomb County initiated a program and policy which dictated that all cats brought into the shelter would be either euthanized or returned to the community (after being neutered/spayed) in which the animal was found. This policy included all cats, not only those deemed feral. The Shelter had adopted a program known as Shelter, Neuter, Release (SNR) which included the concept of Community Cats.
At that time, the cities of St. Clair Shores, Sterling Heights, Warren, Eastpointe, and Roseville were put on notice that unless they allowed cats to be returned to their communities after being neutered and spayed by the County, all cats presented to the Shelter from these cities would be euthanized. The cities were also advised that when the current contract expired (December 31, 2013), the Shelter would NOT take in any cats from the aforementioned cities. The reasoning behind the Macomb County’s change in policy was that there had to be an alternative to the wanton killing of feral cats and that a feral cat population could be of benefit to a community, especially in the area of rat abatement. It also considered the overwhelming number of domesticated cats who are abandoned and lost each day and the inability of the shelters to meet the housing and adoption needs.

It is my understanding, that meetings were held between June, 2013 and January, 2014 amongst the five cities and the discussions had centered around two issues: 1) Not doing business with the shelter thus impacting its finances; and 2) finding a less expensive place to do business — and that business is killing cats.

Although I have done everything possible to alert our policy-making leaders within my city, St.Clair Shores, and the residents of the cities mentioned, the killing of innocent cats has continued. These cats are not always feral, they may have been residents’ pets, cats abandoned by owners as they lost their homes or moved, or just cats who continue to be born because the Cities do not have a managed trap, neuter, and release program (TNR).

On January 20, 2014 the St. Clair Shores City Council approved a one-year moratorium on the enforcement of the ordinance which required all cats to be leashed thus allowing the SNR program to be established with the County Shelter and for individual residents to follow a TNR program. Currently the City administration is meeting with the Shelter Chief to work out the details of SNR and working with rescue organizations to assist residents in TNR.

Unlike the progressive Council and Administration of St. Clair Shores who recognize the importance of quality of life issues to its residents and the fact that the plight of innocent animals are important to its residents, the four remaining cities entered into a contract with the Animal Care Hospital of Sterling Heights. This contract requires all cats picked up by the Animal Control Officers of Warren, Sterling Heights, Eastpointe, and Roseville be brought to the hospital where they will be killed. The animals will not be sheltered or put up for adoption — just killed. This was confirmed in a telephone call to the aforementioned hospital.

I continue to be disgusted by the total disregard for life by these four cities’ (Sterling Heights, Warren, Eastpointe, and Roseville) politicians and administrators. I recognize that there are those people who don’t quite understand the value of a cat or dog, and I recognize that there are those who are “dog” people and have little regard for cats BUT I will end this with a quote by Gandhi: “The greatness of a nation and its moral progress can be judged by the way its animals are treated” ~Gandhi (1869-1948)”
Diana